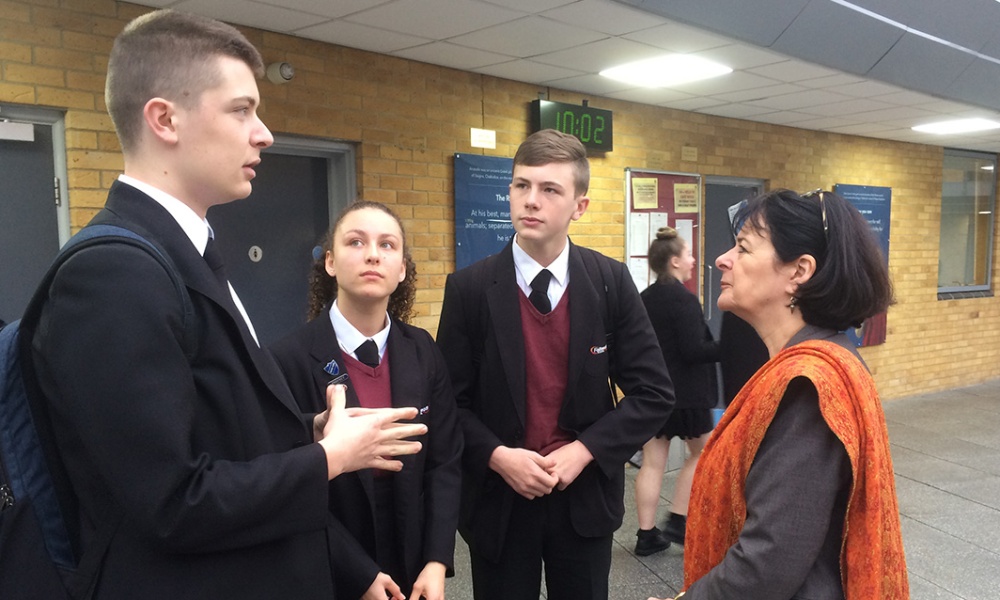 “We can learn a lot from our Co-op Academies”

If you’re up on Co-op history, you’ll know that education (and access to it) has been one of the most important Co-operative principles since the Rochdale Pioneers. In 1849, on the first floor of the Co-op store in Toad Lane, ‘self-improvement classes’ were put on for members so that everyone had the opportunity to learn.

Skip a couple of centuries and Co-op Academies are doing much the same – encouraging that thirst for knowledge, and providing those opportunities to learn for thousands of students in some of the most disadvantaged communities in the North of England. All through the lens of co-operation and our Co-op values.

I’m proud that our Co-op is the largest business sponsor of academies in the UK, and through the Co-op Academies Trust, manages ten academies – with three more being added to the family in 2018. I was privileged enough to visit two of them – Failsworth and Manchester – to see firsthand the difference they’re making to students, teachers and their communities.

A lesson in values and recognition

Co-op Academy Failsworth is one of the Trust’s newest academies. We started working with them in 2015 when they were in Special Measures. It was fantastic to hear from Principal Phil Quirk about the rapid progress that’s been made since then.

The young people here are getting a better deal, and the school now has a clear direction and vision.

It was amazing to see how they’ve taken our Co-op behaviours – the Ways of Being Co-op – and are using them as their own values to drive school improvement.

Working with our Brand team they’ve transformed the identity of their new building, but more importantly they’ve introduced a reward system in class based on the four behaviours. 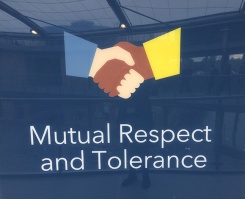 I chatted to Head Girl Casey, Deputy Head Boys Henry and Zack, and the newly set up School Council, about the difference those values are making to the school and their experience of it.

They’re convinced it’s pushing the students towards better behaviour and creating an environment built on respect.

The parallels between education and business

Co-op Academy Manchester is a school much further on in their journey with the Co-op Academies Trust. I was amazed to hear that in 2010 it was the worst attended school in the country and now it’s attendance is in the Top 50 schools nationally – what an achievement.

Walking around the building, the similarity between Co-op’s work space in One Angel Square (our support centre in Manchester) is clear to see. There are no narrow corridors or suffocating classrooms – just open spaces supporting the collaborative and co-operative learning that’s happening here.

The feedback mechanisms in place between both students and their peers, and students and their teachers, are so impressive. I chatted to the School Council about the work they do in providing honest feedback to teachers about lessons so that continuous improvement is always a number one priority.

I also sat in on a regular term-time meeting with all the headteachers of our Co-op Academies and it was brilliant to hear how they’re learning from each other, sharing best practice and giving honest feedback. This to me is the best sort of co-operation and something we, as a business, can learn from.

Students’ knowledge of the Co-op and our roots is staggering. They’ve even named their school houses after the Rochdale Pioneers. To them, coming to school is like going to work.

The best bit was when one student described their school as being ‘part of our Co-op’. That’s when I realised how powerful the Co-op Academy model really is to our future.

Colleagues of the future

I met a couple of students who’ve already been on work experience with us and loved it. This year we found placements for 89 students across our business, and took on 7 students in our Co-op Insurance Customer Service team as apprentices. For me, this is the most exciting part of working with our Co-op Academies. They’re the colleagues of our future.