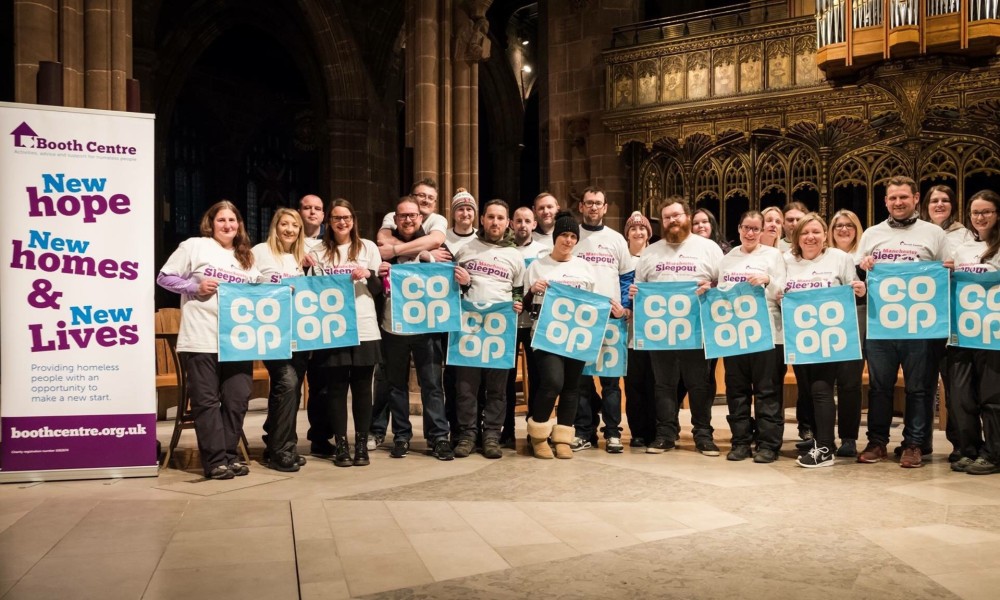 #BeingCoop: Sleepout for the homeless

November is Do what matters most month, one of our Ways of Being Co-op. That’s exactly what colleagues from our Food stores in the Manchester area and our Insurance business did on Friday 10 November. They helped raise a total of £90,000 for the Booth Centre, a charity that supports homeless people. Armin and Judith tell us about their experience of sleeping rough for one night.

A bunch of us from stores in the Manchester area decided to take part in this annual event where hundreds of people ‘sleepout’ in Manchester Cathedral gardens to raise money for the Booth Centre.

We’d always planned to do this so it was amazing when we realised that the Booth Centre was also one of the local causes that will receive funding from Co-op and our members through the Local Community Fund.

It was an incredible, humbling experience – just experiencing the helplessness of being out there in the rain. The whole of Cathedral Gardens was covered with people. We were like sardines – you couldn’t move. 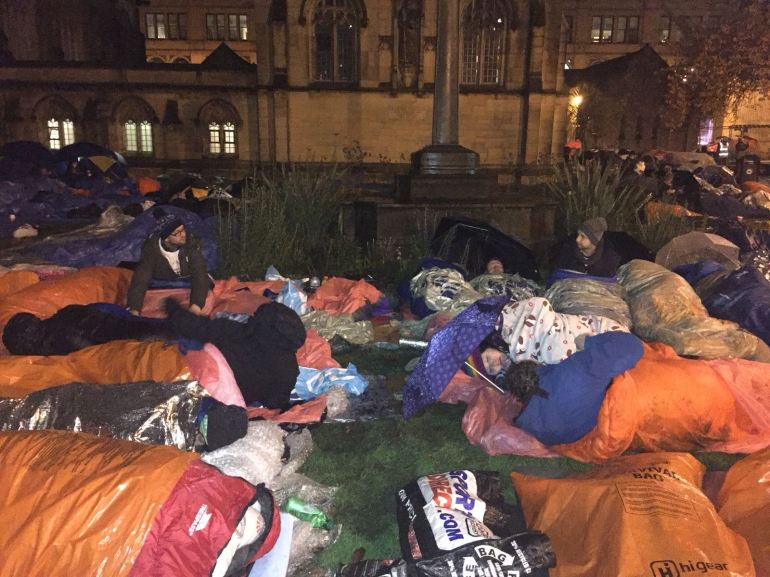 We felt quite safe because there were a lot of us but you had people leaving the pubs who were shaking the gates that were protecting us and shouting stuff. It made us feel uncomfortable. That’s when you realise what these people have to go through most nights – on top of dealing with the cold and rain. 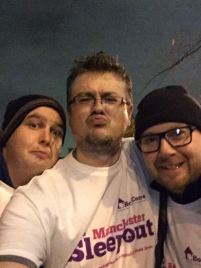 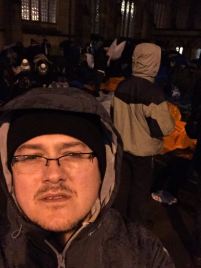 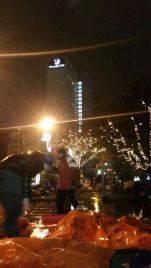 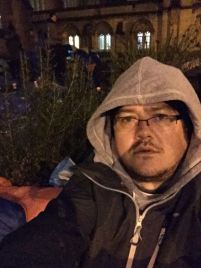 It was brilliant to hear from some of the homeless people the Booth Centre has helped. They do some incredible work to help them get off the streets permanently.

As a group of stores we raised over £5,000. The whole experience made us appreciate each other, feel a lot closer – more of a team.

It was cold and it was wet.  And it was the longest eight hours of our lives.

Anyone who works in Manchester city centre can’t fail to be aware of the number of people sleeping rough in doorways as they walk to work in the morning. The numbers have risen over the last few years with several organisations now focused on supporting people to get off the streets and back into homes and work.

So on Friday, determined to see the reality for ourselves, eight of us from Insurance, a dozen from Food and one intrepid supplier from Invisio, armed ourselves with thermals, sleeping bags, umbrellas, waterproofs and anything else to protect from the worst of the weather and joined around 400 other people to raise funds for the Booth Centre.

Before we’d ventured out into the night, we had heard from the Booth Centre CEO Amanda Croome and then firsthand stories from a couple of people who had been helped by the Booth Centre. Then it was the turn of Streetwise Opera, a choir formed from users of the Centre. Their first piece being the very-appropriately titled Nessun Dorma (None shall sleep), made famous by Pavarotti.

Hearing Nessun Dorma from the street choir was extremely powerful and moving – it showed how the work of the Booth Centre is able to inspire hope and pride to people who would otherwise be in a hopeless situation.

The Insurance team have raised more than £3,500 up to now.

Community, Do what matters most, Food, Insurance, Show you care, Succeed together 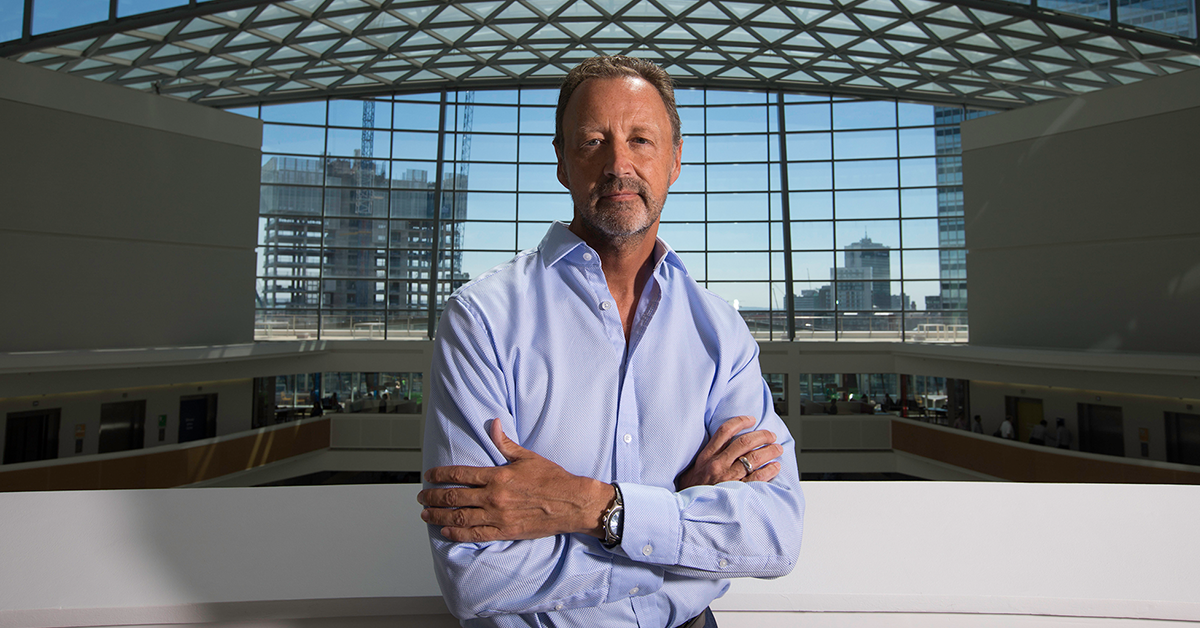 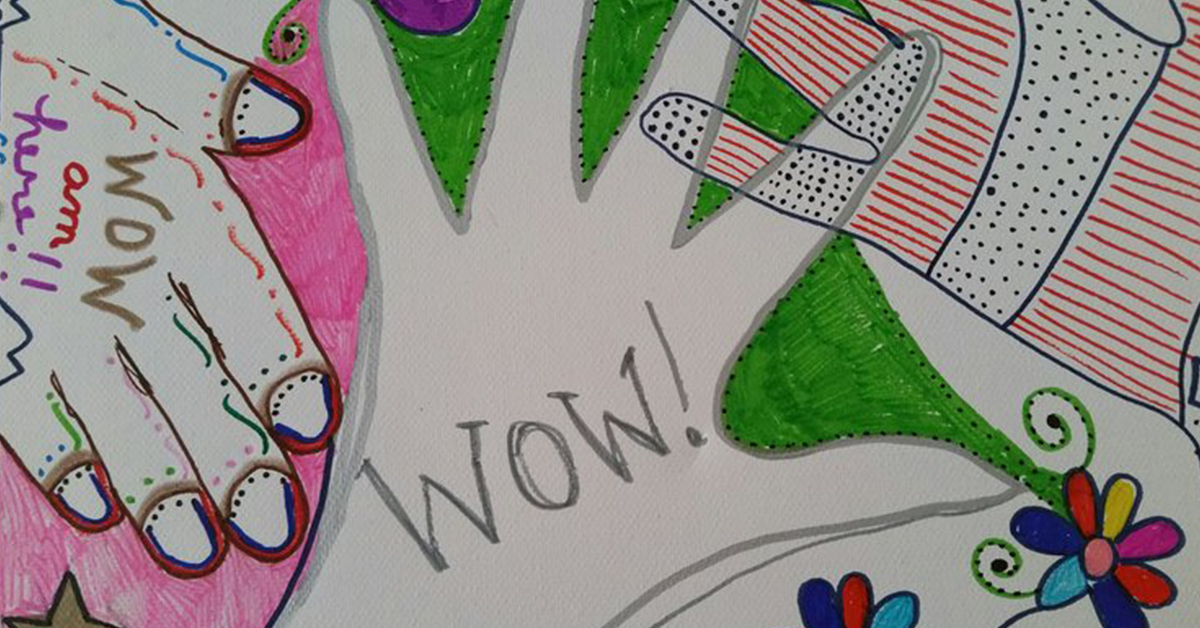 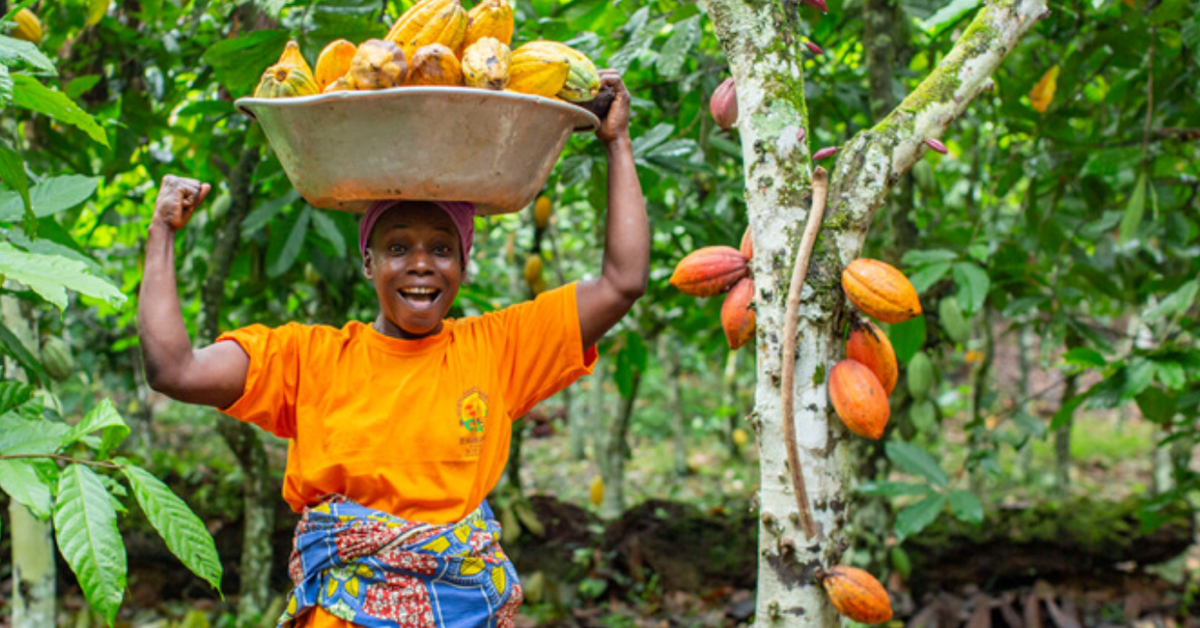