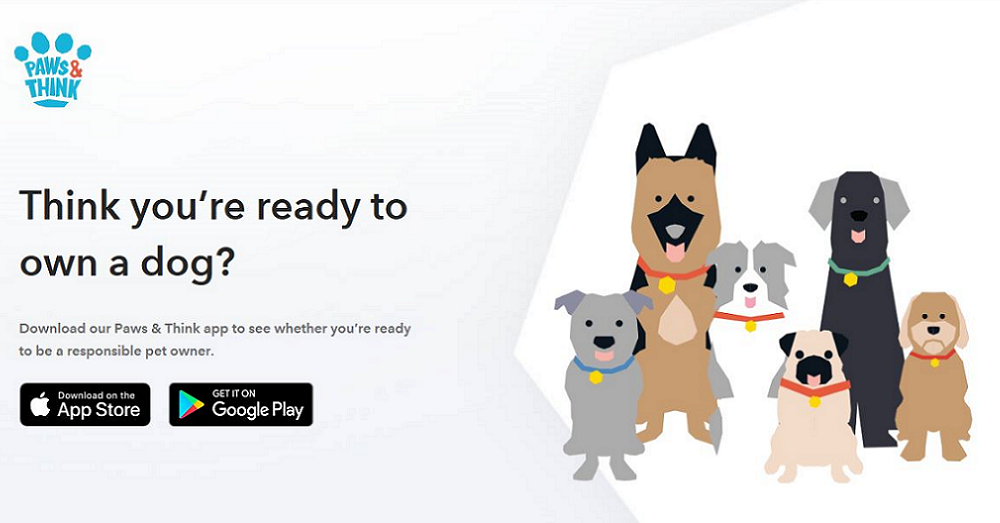 A few months ago, the Digital team approached me about a new app they were working on. Paws and Think has been designed for people like me, who love dogs and are thinking about getting one.

The app gives users a virtual experience of owning their very own dog – including having to give it attention, feeding it and taking it to the vets. Having used the app, I hope it will help people make an informed choice about choosing a pet, to reduce the number of dogs that sadly need re-homing.

At the moment, the stats on dog re-homing are really shocking. Since last Christmas, Dogs Trust received a call every five minutes (that’s 3,596 calls) from dog-owners looking to re-home their pet.

My team did some research to find out more. The main reason for re-homing is that owners underestimate the time and effort needed to look after a new pet. I was shocked to find that 45% of owners admitted to not doing enough research before taking a dog into their home.

I downloaded the app as soon as it became available in the App Store (available on Android and Apple). I’ve always wanted a dog and have been thinking about adopting one for a while, so I was keen to see how I’d measure up as an owner.

On the app, there’s the option to pick a breed of dog. There are 3 small, 3 medium and 3 large dogs to choose from. These were selected based on the most popular dogs insured by our Co-op Pet Insurance customers. I picked a Cockapoo which was automatically named Poppy.

Over the week, I received notifications when I needed to feed Poppy, give her attention, take her for a walk, groom her, exercise and take her to the vets. It also keeps a running total of the cost of keeping the dog so I could make sure it’s something that I can afford.

The reason I didn’t get 100% was because I work full time and couldn’t always give Poppy the attention she needed. I had a think about this and can employ a dog walker, and work from home more often to make sure when I do get a dog, it’s well looked after.

If you want to see how suitable a dog is for you, you can download Paws and Think from our hub.

Do what matters most, Insurance, People stories

CEO Stave shared our half year results for 2020 and what this means for our Co-op, members, colleagues and communities.

Co-op Members have raised a staggering £500k by donating the 5% reward they receive when they buy selected Co-op products and services to a Co-op Members’ Coronavirus Fund. Here’s how it will help local communities.