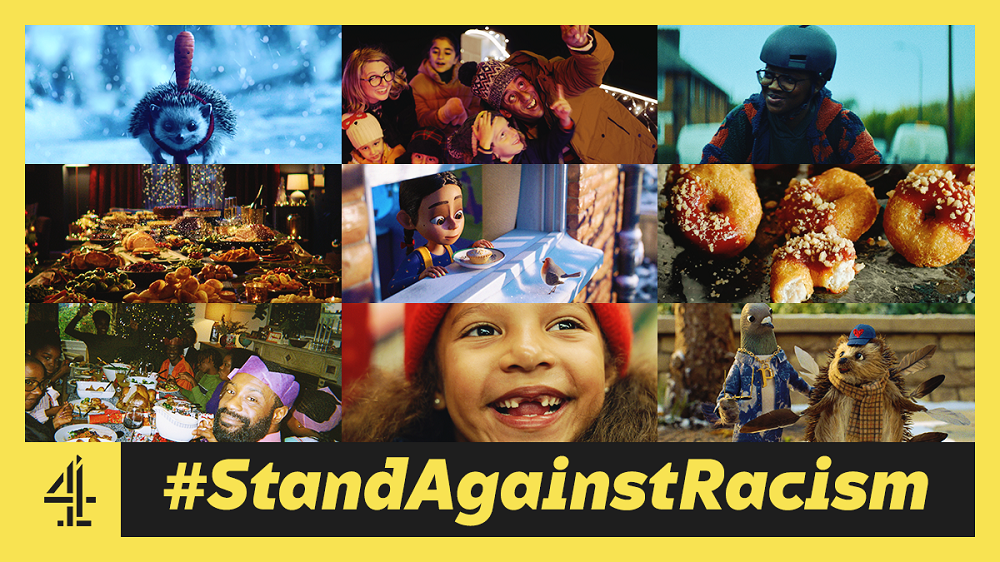 We #StandAgainstRacism – tune in to Channel 4 tonight

The events of 2020 have changed our conversation about race for the better. I’d like to take a moment to reiterate what I said back in September when we launched our commitments to racial equality and inclusion. I’m crystal clear that at Co-op, we’re anti-racist.

We fight for racial equality and inclusion and pro-actively work to eliminate individual, institutional and systemic racial inequalities that currently exist. When we see racism happening, we won’t stand by. We speak out and act against it.

You may have heard about the offensive and racist social comments made about Sainsbury’s ‘Gravy’ advert, featuring a black family. When we released our ‘double’ advert just last week, we received similar abuse online.

We will not tolerate this, and we’ll let our customers, members and our communities across the country know that we’re anti-racist and that racism is not okay.

So, tonight, we’re uniting against racism on a Channel 4 ad takeover alongside Aldi, Asda, Iceland, Lidl, M&S, Sainsbury’s, Tesco and Waitrose & Partners. Tune in to Bake Off: An Extra Slice at 8:15pm and The Last Leg at 10:15pm to see our collective adverts play one after another over the two ad breaks. The ad takeover is the first of its kind and carries the hashtag #StandAgainstRacism.

I’m proud that we’re making a stand against racism in a show of unity alongside other retailers as we continue to co-operate for a fairer world. Please keep an eye out for the social posts at @CoopUK on Twitter and share and retweet with your friends, family and followers. I hope you’ll join in the conversation and share our stance that racism is never okay, and it will not be tolerated in our Co-op or by other retailers.

Be yourself always, Being Co-op, CEO message, Do what matters most, Show you care, Succeed together

Your voice matters: Vote in our 2021 Annual General Meeting

From climate change to food poverty, discover the motions our members can vote on at this year’s Annual General Meeting. Don’t forget to watch online too.