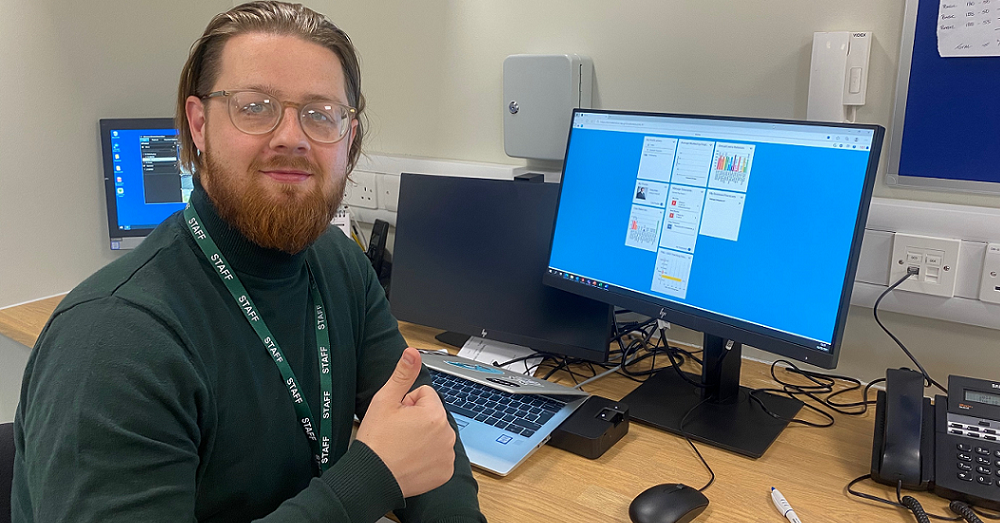 I look after a team of 25 colleagues responsible for roles and back of house duties across both day and night shifts. Previously, everyone completed a handwritten timesheet for their shifts. It was an outdated method that required lots of time and effort from people, not to mention the manual inputting I had to do once I’d collected them.

Thanks to MyTime, all colleagues have to do now is open the system to clock in at the start of their shift and clock out once they’ve finished. Everything is automatically recorded and calculated, making sure they’re paid correctly for when they’ve worked.

With the range of shifts, working patterns and contracts of my team, it added a layer of complexity when it came to calculating pay correctly. Different colleagues are entitled to differing rates of pay depending on when they worked. Some receive time and a half working after 8pm, but for night shift colleagues the reverse applies, entitling them to overtime rates for working past 8am. Some colleagues are paid on bank holidays while others accrue lieu time. It’s all quite complex and could easily be confusing to manually calculate. It often felt like once I’d worked out and completed everything, the cycle for the next pay period came around and I was doing it all again.

When we were told about the MyTime rollout, initially there was a slight nervousness as anything that has a possible impact on pay can be a worry if it doesn’t go to plan.

Online training was provided introducing the new technology and I thought it immediately showed promise due to the fact there was no manual inputting required! We were given manager and colleague guides to refer to and the delivery team also scheduled drop-in Teams sessions. These were informal and a great chance to ask any questions. I found that listening to some of the conversations really helped me get to grips with the system. The managers in my region often share hints and tips so we can really learn from each other too, which has been a bonus.

We had a few teething issues with accessing the system, but these were quickly ironed out and colleagues have really got onboard. They’ve seen the benefits as they can view things like holiday allowances and lieu time, making it much easier to submit holiday requests. But by far my biggest indicator of the technology truly being embraced was when one of our longest serving colleagues told me he’d bought himself a smartphone to access the app quickly rather than using a desktop.

We’ve recently completed our first full pay cycle since using MyTime. It fell just after a Bank Holiday and I was a little nervous but pleasantly surprised to find almost everything went well. We identified a small handful of issues including discrepancies with some night crew payments. All of these were highlighted immediately for further investigation. But in fact for the majority, when checking in MyHR notifications already existed explaining what had happened and the fixes were implemented within 24 hours meaning nobody was out of pocket.

The difference I’ve noticed since using MyTime is incredible and I’m confident we’ll continue to reap the benefits.

Being Co-op, Funeralcare and Legal Services, People stories, Succeed together

Co-op Members reach for the moon to stay active

More than 1,600 Co-op Members donned their walking boots, laced up their running shoes and got on their bikes to help smash our ‘around the world’ challenge and stay active.

Chief Commercial Officer, Michael Fletcher, joins the board of our charity, Co-op Foundation, and talks about the amazing work they do in communities.