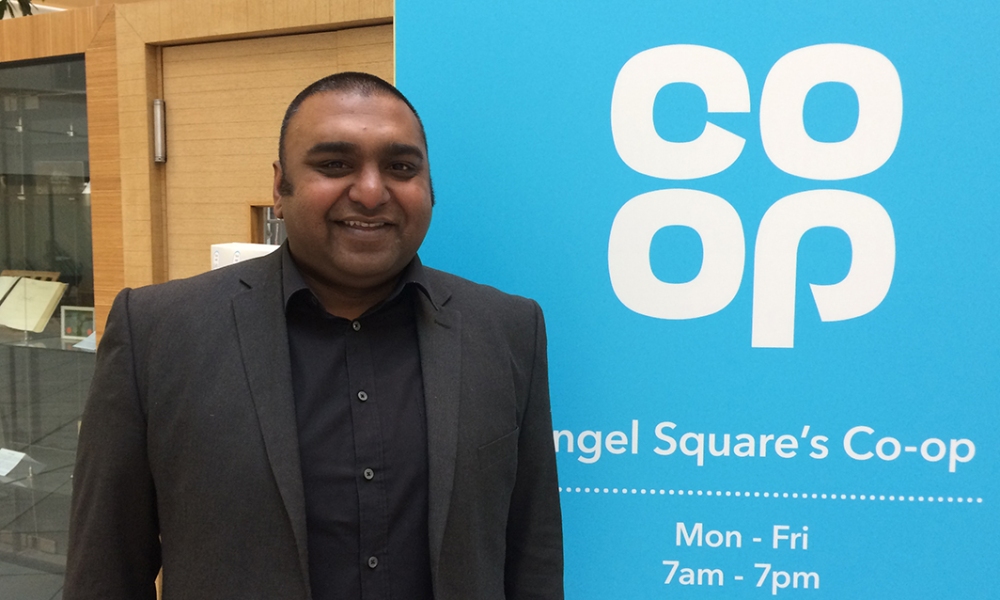 Marvin Veerapen has been running the Home insurance claims team based in Nottingham and Manchester for the last eleven months. He tells us how he’s introduced new ways of doing things which the team are loving.

I’ve been working for Co-op Insurance for 15 years. I’m Co-op through and through and believe in what we’re trying to do.

I started as a claims handler in Bury St Edmunds where I live, became a customer consultant, then got into team management.

Then a year ago the Nottingham Customer Service Manager job became available and I had to think long and hard whether I wanted to do it. I have two young children and live miles away but luckily I’ve got a strong wife who understands what I’m trying to do.

In the long-term I’m doing it for my family. I thought that in ten years time my daughter will be going to university and I hadn’t pushed myself enough. That convinced me to go for it.

Last year we had 74 colleagues across both sites but over the last 12 months we’ve lost 29 and recruited seven. Even though we’re down on people we’re more efficient, have better levels of service, better quality assurance, and colleagues want to stay working for us.

In 2017 our engagement scores went up 7% and we scored 25% higher on the question around “believing in your leadership team”. It’s certainly not all down to me but I’d like to think that the things I’ve introduced have helped improve the working lives of the colleagues who work here.

How Co-op Members remember a loved one at Christmas

Keeping a loved one’s memory alive by including them in your celebrations is often an essential and meaningful part of Christmas. Co-op Members share their favourite ways to do so.

We’re celebrating our £15 million payout to thousands of local causes, join us!

Over 4,500 local causes are to receive their share of £15 million, thanks to Co-op Members choosing Co-op. Rebecca shares how you can join in this year’s Payout celebrations, online.